An extraordinary collection of Continental bronze and patinated metal blacksmiths and Tektons are ready to go to work in your home and collection.  These wonderfully realized creations were made in Europe in the second half-19th/early 20th century.  Noted sculptors include: Adrian Etienne Gaudez, Henri Louis Levasseur, Emile Louis Picault, Eugene Marioton, and Auguste Moreau, among others.  These intense figures depict blacksmiths and Tektons (primitive metal workers) diligently applying their craft.

Most depict young muscular men pounding away at their various creations on anvils, while others depict the theme that technology is not possible without hard, honest labor.  A centerpiece, and very rare figure, by Pietro Piraino, depicts the fascist leader Benito Mussolini forging a Roman era sword.  The work is an allegory of forging a new Roman Empire, and he was the new Caesar.This fabulous collection will be offered in two sessions; May 16th – the bronze figures offered in the live gallery auction; and May 17th – spelter and patinated metal figures, offered in our online-only auction.

Now is the chance to own a piece of history, and a wonderful decoration. 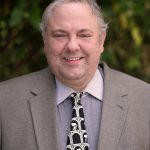