The September Gallery has a beautiful and historic coin that is in amazing condition after more than 1,950 years. This silver shekel (lot 602) from year 2 of the Great Revolt, 67–68 CE, somehow survived in almost mint state condition. It has lovely toned surfaces, and its original luster is still present. It’s a beautiful item from a horrible war.

The crisis began during Nero’s reign in 66 CE, coming about after protests regarding taxation (a constant throughout history) and Roman citizens in Jerusalem getting attacked. The Romans came to Israel, killed 6,000 Jews, and ransacked the Second Temple, which led to a greater rebellion. The Syrian Legate (a Roman general) brought in the Syrian Army’s 12th Legion, known as the “Thundering Legion,” to quell the revolt. They were soundly defeated by rebel Jewish armies. Nero then tasked the experienced general—and future emperor—Vespasian and four legions with crushing the rebellion. 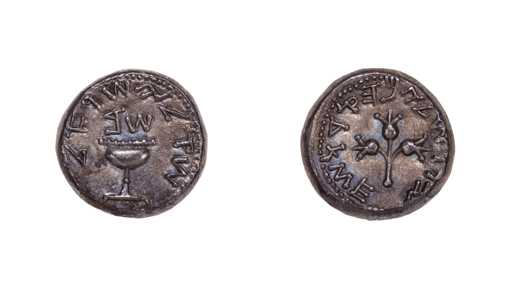 Vespasian’s 60,000-strong army destroyed the first two walls of Jerusalem and eventually, after a protracted siege, took the city and destroyed the Second Temple. The revolt continued until the Roman victory at Masada in 70 CE. If this silver shekel could talk, what a story it could potentially report. The Israel Antiquities Authority reports that only about 250 year 2 shekels are known, and this is probably one of the best; silver shekels from years 1, 3, and 4 are much rarer. Temple taxes were paid mainly with half shekels, but full shekels were also used.

This gorgeous coin weighs 14.23 grams. The obverse has a chalice with beaded rim, the date (SH B) and Paleo-Hebrew script that translates to “Shekel of Israel.” The reverse has a sprig of three pomegranates, and script translates to “Jerusalem the Holy.” History radiates from the coin and with the winning bid, you can take history home with you. For more info & bidding click here. 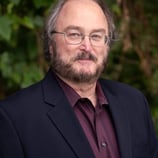