Prendergast and Lawson: Highlights from the Ashcan School and the Stopak Family Collection

On October 6th, Alex Cooper Auctioneers will offer several works from the long-time collection of the Stopak Family of Washington, D.C. These works, some acquired nearly 70 years ago, will be on public view for the first time in a decade. Highlighting this prominent and important collection is the painting Sunday in the Park by Maurice Prendergast. Painted around 1910, this oil on panel was previously owned by the artist himself, and then his brother and Charles Prendergast’s wife, before it was brought into the Stopak Family’s collection in 1950.

Maurice Prendergast, a major American artist of the early 20th Century, was one of the finest painters, and advanced artists, of his own generation. Originally affiliated with The Eight and the celebrated 1908 exhibition at the Macbeth Galleries, Prendergast emerged as a leading artist of his time, and spawned an independent movement. He eventually organized the Armory Show of 1913, which played a major role in the introduction of Modern Art to the United States. By the 1920’s, Prendergast was already accepted as a Modern “old master” and the Dean of the avant-garde. With the years, his reputation has continued to grow in critical stature and his art in market value.[1] 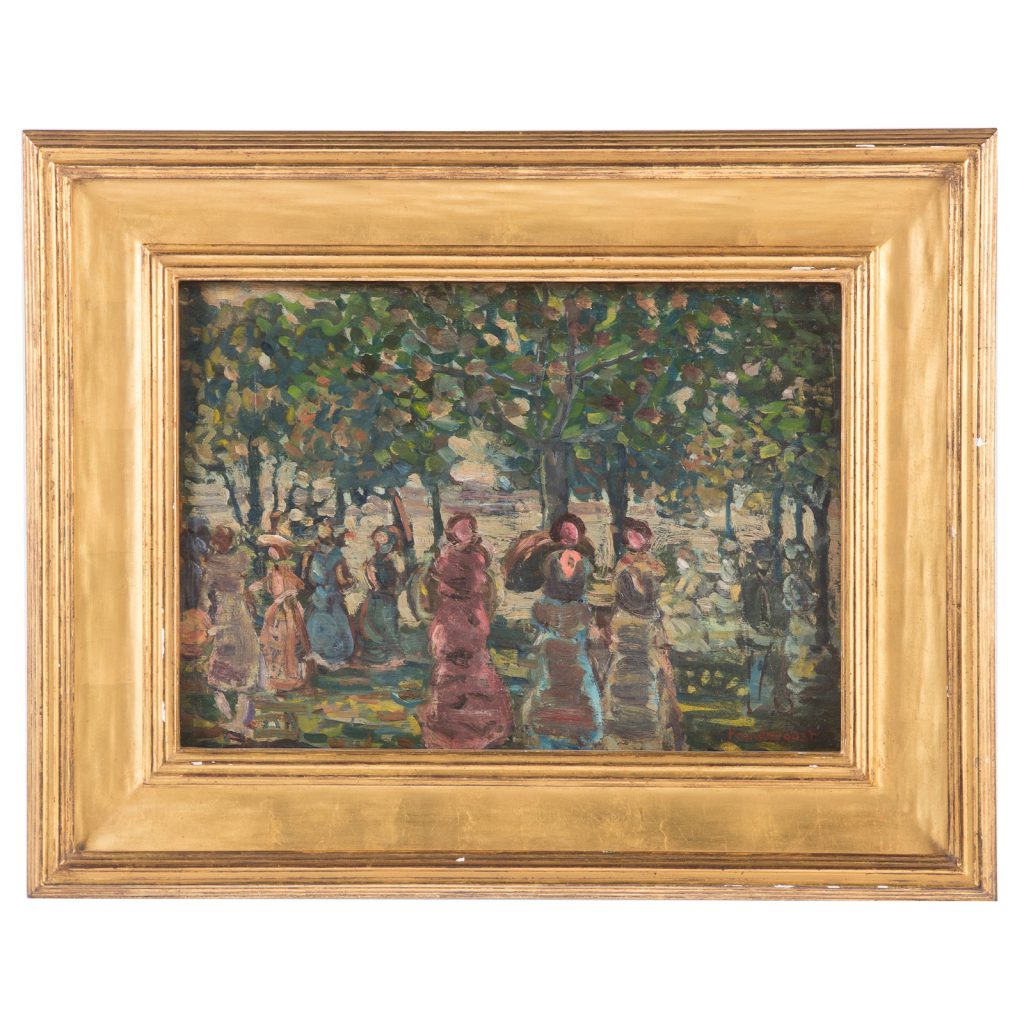 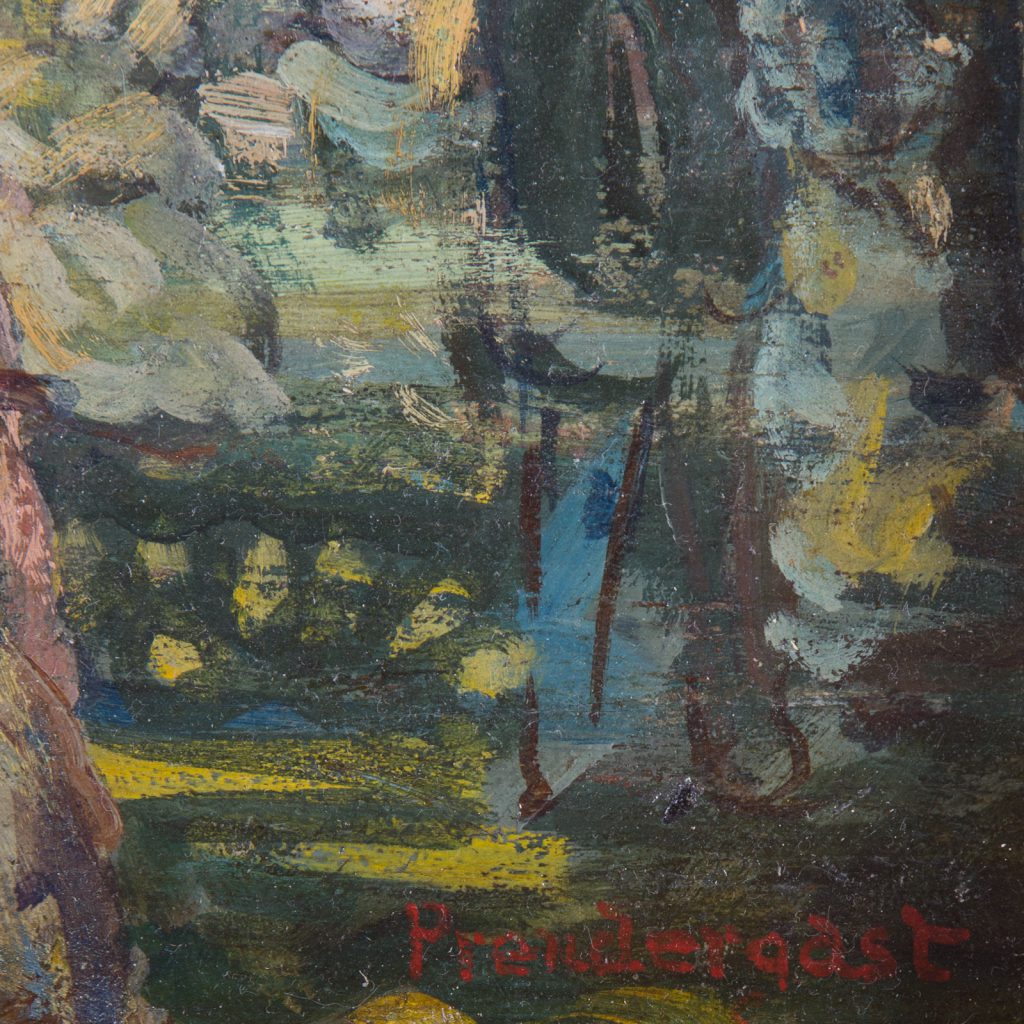 Sunday in the Park was painted in a Post-Impressionist style, most closely related to Pointillism because of his use of bold mosaic-like dots and dashes, and in its emphasis on high-keyed color, flatness and decorative compositional pattern. Emblematic of the artist’s subject matter, Sunday in the Park depicts a leisurely gathering of well-heeled women and men in a lush and idyllic landscape. A summation of Prendergast’s oeuvre, and coupled with a flawless provenance, this museum quality painting is a gem emerging from a multi-generational collection to be sold publicly, a rare and exclusive appearance on the open market.

Primarily a landscape artist, Ernest Lawson is considered an American Impressionist, although he falls stylistically between Impressionism and Realism. Throughout his career, Lawson Frequently traveled and painted en plein air. Rocky Coast, Nova Scotia is a vibrant and thoughtful depiction of the artist’s place of birth. Known for his “palette of crushed jewels”[1], his masterful and nuanced use of the medium earned him a canonical place in American Art history.

As a member of The Eight, Lawson and his friend’s, Robert Henri, William Glackens, John Sloan, George Luks, Everett Shinn, Arthur B. Davies and Maurice Prendergast, played a role in an important cultural event and in initiating debate about a needed diversity of style and subject matter in American art. He received early recognition, and his work was sought after by important collectors in the 1910s and 1920s, such as John Quinn, Duncan Phillips, Albert C. Barnes, and Ferdinand Howald, who single-handedly built the modern collection of the Columbus Museum of Art. Lawson’s paintings can be found in numerous important private collections, and many prominent American art museums. 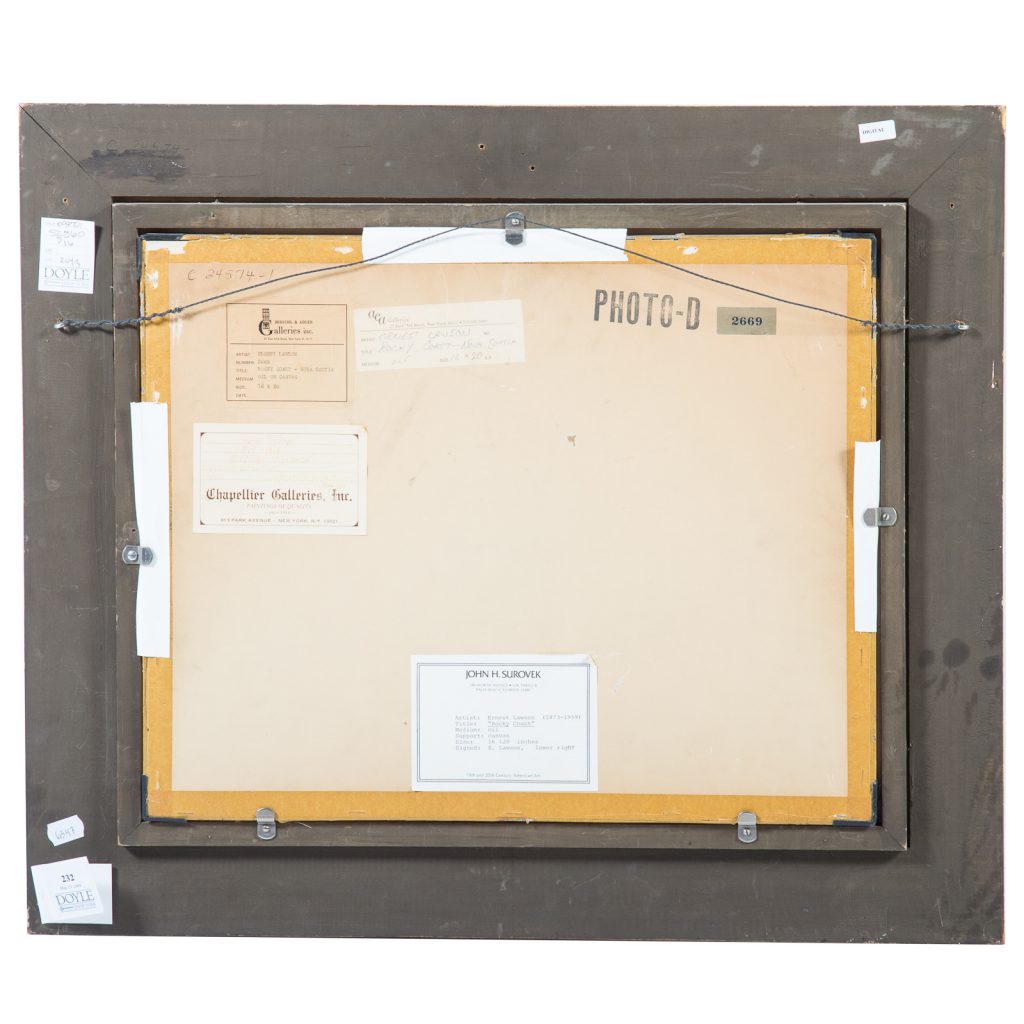 Aside from their qualities as well-made landscapes, Lawson’s works have an interesting secondary life today as a record of the twilight of post-Industrial idealism. New-found interest in this period has increased the late artist’s profile, as well as buoyed his appeal to collectors of early 20th Century American art. As we see interest shift away from Post-War and Contemporary art, collectors are revisiting a turning point in American art that has been overlooked within the first part of the 21st Century.