Baltimore’s importance as a center of American silver, both production and collecting, can be found in two prominent collections on offer at the April 8th auction. The history of Baltimore silver production can be traced to the Colonial era, but the 19th century is the heyday, producing the famous repousse decoration most often associated with the city. One particular silversmith, Samuel Kirk, introduced a floral repousse style that would quickly be copied by contemporaries and later manufacturers including A. Jacobi & Co., the Stieff Company, and the Schofield Company.

Baltimore silver features prominently in the collecting taste of Linda McRae Noe Laine, whose estate Alex Cooper Auctioneers is representing. Mrs. Laine appreciated the hand-crafted quality of objects so it is not surprising that she would collect Baltimore silver, known for its intricate hand-chased and repousse motifs. Lot 423, the twelve Baltimore sterling repousse chargers, each have the same decoration yet were made by three different Baltimore silversmiths, Stieff, Schofield and S. Kirk & Son, showing the influence and craftsmanship they all shared with one another. Although, we may look at these pieces as over-decorated and ornate through a modern lens of minimalism, their finely detailed and crisp floral decoration remains popular today to collectors who use and enjoy them.

Another collection represented in the April auction is that of Old St. Paul’s Church in Baltimore. Their collection contains pieces from the aforementioned Baltimore makers and it also offers a direct link to the history of the city itself as many of the pieces are in memoriam to important residents and influential figures in the city. A bowl from the collection, lot 441, by Andrew Ellicott Warner, is not in the typical Baltimore repousse style. Its elegance lies in its simplicity. It is made of coin silver and was used as a baptismal font by the church. Lot 442, the S Kirk & Son sterling dish, is in the typical style. Used to hold the Communion host, it was given to the church in memory of Barton Brune Randall whose life ended at just a month old in 1899. It is a poignant reminder of the fragility of life. Two of the most impressive pieces from the collection include the alms basin, lot 436, and the chalice with paten, lot 437. The alms basin is impressive in size and decoration. The center depicts the birth of the Christ Child, a diamond serving as the Star of Bethlehem. Surrounding the scene is a varied array of gemstones set within gilt plaques. The congregation of Saint Paul’s Church donated the silver, gold and jewels for the fabrication of the basin and was formally presented at Easter in 1876. The gem-encrusted chalice is an exquisite example of liturgical silver. Set with diamonds, pink tourmalines and an amethyst, it was donated to the church in memory of William Wallace Taylor and family. The chalice serves as both a heavenly and earthly connection to Baltimore as it represents the Christian idea of the afterlife and a physical reminder of one of Baltimore’s influential families every time it was used during Communion at Old St. Paul’s Church.

Alex Cooper Auctioneers is pleased to represent both of these collections and their important history to silver in Baltimore. 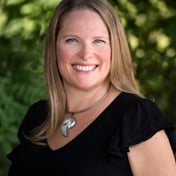