Throughout history, blue sapphires have been associated with ideals as extravagant as Heaven, peace-making, royalty, and romance. Their allure has endured centuries: from ancient Roman kings and queens using sapphires for protection against enemies to Princess Diana’s famous sapphire engagement ring. But sapphires aren’t just for fancy occasions and royalty; as Alex Cooper’s Director of Fine Jewelry, Selden Morgan, explains, “Sapphires are perfect for everyday wear due to their hardness and durability.” Sapphires are mined all over the world, but today’s most treasured sapphires originate from three distinct geographic locations: Kashmir, Burma, and Ceylon.

Among the most infamous gemstones in the world, Kashmir sapphires come from a remote region of the Himalaya Mountains known as the Zanskar range. In 1881, a landslide in the Zanskar range revealed an extraordinary deposit of sapphires. Upon learning of the sapphires’ great value in 1882, the Maharaja (prince) of Kashmir enlisted his army to guard the prized deposit and prohibited private trading or selling of the gemstone rough. From 1882-1887, under the Maharaja’s direction, miners worked feverishly day and night, completely depleting the deposit after just five years. Sporadic attempts have been made to mine more sapphires from this region, but they have been largely unsuccessful, making Kashmir sapphires the rarest sapphires on earth.

Often referred to as “cornflower blue” or royal blue, Kashmir sapphires exhibit a remarkable velvety blue hue. Their distinctive blue glow is the result of tiny, dust-like inclusions that give the stone a soft, “sleepy” appearance sought after by collectors around the world. This unique color, paired with exceptional rarity, has led Kashmir sapphires to command very high prices at auction and in retail settings. In 2018, a 109.08-carat Kashmir royal blue sapphire and diamond necklace, known as “The Peacock Necklace,” sold at Christie’s Hong Kong Magnificent Jewels auction for $14.9 million. Last July, a 9.23-carat cushion-shaped Kashmir sapphire with an auction estimate of $475,000 - $775,000 garnered $1.2 million at Bonhams’ New York Jewels auction. The only way to be certain you have a Kashmir sapphire is to send it to a reputable lab for testing, which is why nearly all Kashmir sapphires on the market are accompanied by a GIA or AGL laboratory report.

While sapphires with Kashmir origin are considered superior sapphires in today’s market, Burmese and Ceylon sapphires are also coveted for their high quality and rich color. Sapphires known as Burmese, or Burma, sapphires have been mined in several locations across present-day Myanmar (formerly Burma), a region that has been producing exceptional sapphires for over one thousand years. The most famous source of Burmese sapphires is Mogok Stone Tract, located in central Myanmar. Because sapphires and rubies are varieties of the same mineral species called corundum, Mogok Stone Tract is also known for producing very fine rubies. Current mining in the region is limited, leading to the increased rarity and value of Burmese sapphires and rubies.

Burmese sapphires’ deeply saturated color, often called “midnight blue,” tends to be darker than Kashmir sapphires. Ceylon sapphires, on the other hand, typically display a brighter, more vivid blue with a lighter tone. Most mining for Ceylon sapphires is concentrated in Ratnapura, the Southern part of Sri Lanka (formerly Ceylon), also known as the "City of Gems.” Ceylon sapphires have a rich history dating back to the 2nd century A.D. By the 4th and 5th centuries A.D., Ceylon sapphires were highly valued gemstones and contributed significantly to international trade. While most Ceylon sapphires are blue, the Ratnapura region also produces sapphires in a wide range of beautiful colors including yellow, pink, green, and orange.

Alex Cooper’s April 8th Gallery Auction will feature a variety of fine sapphire jewelry, including a stunning GIA-certified 2.43 ct Kashmir sapphire ring and diamond ring (lot 175), a gorgeous pair of GIA-certified 11.89 ctw Burmese sapphire and diamond earrings (lot 230), and an elegant AGL-certified 4.54 ct Ceylon sapphire and diamond halo ring (lot 184). “Having sapphires from each of the three primary regions—Kashmir, Burma, and Ceylon—is an amazing and rare opportunity,” says Morgan, “and we are excited to see how each of these pieces will do at auction.” Browse more sapphire jewelry here. 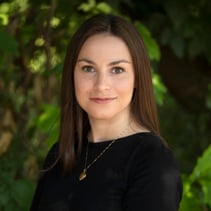